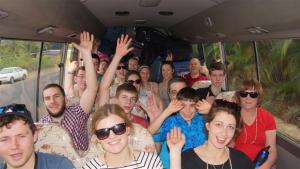 Our cosy bus with all us sardines inside!

Day 2 – our first surprise. The bus for 25 team members, their luggage and the 4-hour travel time from Nadi to Suva was all about to change! Simply put, the 30-seater bus trip had no luggage space and it was going to be a little crammed –to put it mildly, with the team becoming sardines, as they bumped and rattled along the roads heading to Singatoka. The Church of the Good Shepherd family lead by Rev Daniel Sahayam and his wife Catherine shared their 3-year vision of establishing a kindergarten at their Church. 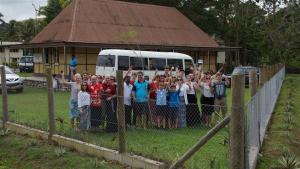 Now with the near completion of the boundary fence for the children’s safety, their dream is about to be fulfilled. Upto 50 children are hoping to enrol on the daily programme, which in turn will connect the church to their families and the wider community.
Singatoka is a multicultural small town with its Hindu temples and a mosque, and is bordered by the large Singatoka river. ‘The Singatoka river valley goes up into the highlands is called ‘the valley’. This is Fiji’s salad bowl region where all of the vegetables are grown for the country. It was this river valley we travelled up, along the shingle pot-holed tracks, up steep inclines, over ridges, passing village men cutting sugar cane, others travelling with kids on horseback, and woman selling fruits on the ‘road’ edge. Finally an hour later ending up in the floor of a remote valley Melanesian village.
“Its usual to launch people into mission from the mountain tops, so they can soar; not the valley floor, where they taste the bottom first, but at least now the sky is the limit for them” was a comment I heard after this experience! 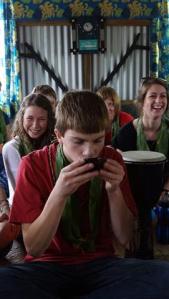 Yet one team member said the experience of this village ‘was the highlight of her life’! Warmly welcomed with floral garments, a traditional kava ceremony, singing, dancing and a village banquet. The team responded with introductions and singing. So was it mission? Well they learned about the kidnapping of the Solomon people, being shipped to Fiji by the Colonial English to work in their sugar cane plantations, the injustices and lack of identity they have struggled with. Yet in this poor village, living on leased land, the team was treated like royalty and honoured by these humble Christian people. This team was the first group to visit this village from overseas, that in itself gave them great encouragement and hope. People cared enough about them, making the effort to spend time in their ‘home’. It was worth extending the day trip a further 3-hours. 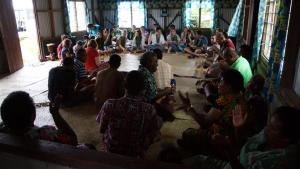 And if that wasn’t enough, the team then travelled along the coastline to be greeted and hosted by another small Melanesian Church in an impromptu altered large expansive open-air bus garage! Another ceremony of thanks and gratitude for spending time with these people, along with another kava ceremony and banquet. Add a further 2-hours to the journey.
The starlit night was upon us as we then set off again for Suva, and to supposedly participate in a youth rally at a coastal church, St Lukes, with 50 other international youth. Guess what? We were rather late, by ummm 3-hours! Still they had prepared a meal for the team, entertained them with comedy skits, and finally saying our Vinakas we crawled back into Suva city to find the Bible College, a bed and collapse! 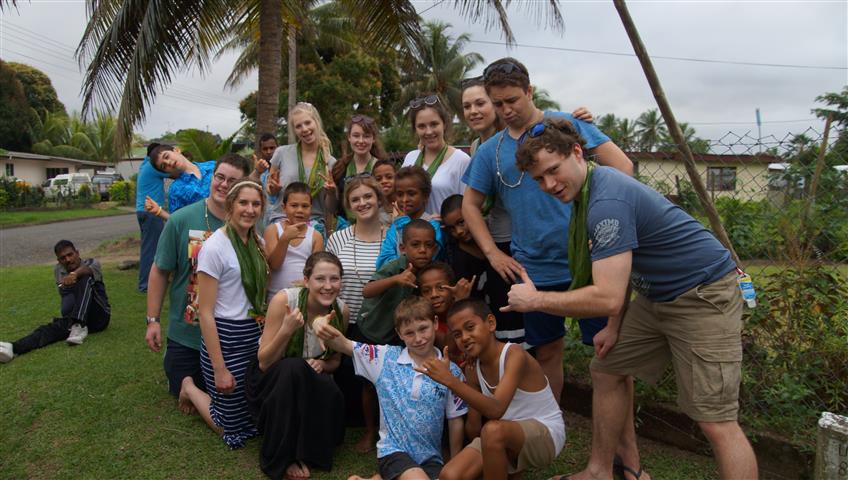 The team embraced the children everywhere we stopped